Since the time I first became a Christian 23 years ago in a wild charismatic church, I knew that I wanted to be a counselor. I didn’t know what that looked like necessarily at the time, I just knew I wanted to help people overcome their grief and internal struggles. Having come from a difficult childhood (who hasn’t) I wanted to help others who also experienced deep disappointment and trauma in life. As a new Christian I turned my sights to becoming a pastor.

In 1998 I entered college as an undergraduate student in Pastoral Ministry at Oral Roberts University. My experiences during this period made me even more hyped about becoming a pastor and now that I had some experience and a degree I launched out to become one. To my surprise I found that in the churches I attended none were looking for interns, and none could care less that I had a degree in Pastoral Ministry. It didn’t help that I was in the independent charismatic movement, which is dominated by pastors with no affiliation with anything larger than themselves. There was no pool of talent that they drew from other than their own congregations and usually they limited the search to their own families. Pastors seemed to inevitably ordain their own sons for ministry no matter how unqualified they happened to be.

However, many of my own friends and family constantly encouraged me to start my own church. It was tempting. I was at least as qualified as the pastors I knew, I had an immediate group of “disciples” that would join with me, and my wife wasn’t opposed to the idea. But something always kept me from taking the idea too seriously. There was something wrong about just starting your own church; I couldn’t put my finger on it, it just didn’t seem right. I had been a music worship leader for many years, taught and preached on many occasions, had good business acumen, all the zeal, etc., but none of this could erase the hesitation deep within me of starting my own ‘thing.’

I was totally unfit to become a pastor. Looking back from my present vantage point I know this to be true. I am currently in my final semester of studies in a graduate counseling psychology program and, to be honest, the prospects of counseling others is terrifying. It is terrifying in the sense of the responsibility of being a counselor; being the person that someone else trusts with their deepest struggles and angst; being the person charged with caring for the well-being of another individual. Even more terrifying, the idea that the health and future of whole families may rest on the confidence they entrust me with. Wow! Take all that and add the spiritual/eternal dimension of being a pastor.

Anyone who can look at the gravity of such a responsibility and treat it with the unsupported zeal of good intentions is worse than ignorant, worse than fraudulent—he’s a danger and an accident waiting to happen on a colossal scale. This was me.

Ironically, “Eric” is an old Nordic name meaning “Eternal Ruler” or “King.” This is my birth name. I’m not sure if my parents knew this and had exceptionally high expectations of me or if they just liked the way it sounded, but I find it interesting that my Orthodox Christian name “Nilus” (taken from a fifth century saint) means “Nothing.” I went from King to Nothing when I became Orthodox!

King is a worthy title for the pomposity and arrogance of the kind of life I deeply fear, rife with undue expectations, responsibility, and pitfalls waiting at every turn (not to mention assassins; what would a king be without a myriad of assassins waiting to do him in?). Had I ventured to start my own church and kick the door in to my own appointment as a minister of God I would have become a proverb, not a psalm. Saint Nilus wrote of this sort of minister:

“These self-appointed teachers lack personal experience, and do not even listen when other speak to them. Relying solely on their own self-assurance, they order their brethren to wait on them like slaves. They glory in this one thing: to have many disciples… they insinuate themselves into a position of leadership, not for the benefit of their disciples, but to promote their own pleasure.” (The Philokalia, vol. 1)

So far from being a true spiritual guide for others, I was the one who needed guidance; far from being a physician, I was the one wounded and dying on the battlefield of spiritual chaos. I thought nothing of guiding others, or as Nilus calls it, “leaping into a burning furnace,” provoking the “laughter in those who knew my previous life, and arousing God’s anger by my foolhardiness.” Being a spiritual guide is perhaps the most difficult task one could ever take on. Why would anyone wish this upon themselves? The only reason must be shear ignorance of the true weight of such a calling; or shear enlightenment of the Holy Spirit Who makes one ready for such a life. For the ignorant, all their personal ideas are the result of enlightenment, and I speak from experience.

What prompted this sort of self-reflection you may ask (or not, but you’re reading so I may as well go there)? Many things. For one, I’ve been reading a lot of heavy stuff lately, not the least of which are the homilies of St. Isaac the Syrian. But I think as the end of my formal training in counseling draws to a close I am pressed to take a long, cold stare at myself and ask whether or not I am being honest with this “craft” of caring for the spiritual and mental health of the person on the other side of the counseling table. Let’s just say, I’m glad to have another semester in front of me.

I’ll end with another quote from my patron saint, which has become for me both a warning and an encouragement on my new-found road as a counselor. Thanks for reading!

“To master any art requires time and much instruction… The only art which the uninstructed dare to practice, because they think it the simplest of all, is that of the spiritual way. What is difficult the majority regard as easy; and what Paul says he has not yet apprehended (Phil 3:12), they claim to know through and through, although they do not even know this: that they are totally ignorant…If such people realized clearly how much painful toil is required to guide others on the spiritual way, and if they knew the risks involved, they would certainly abandon the task as beyond their powers. Let no one imagine that to be a spiritual guide is an excuse for ease and self-indulgence, for nothing is so demanding as the charge of souls. Anyone undertaking this task must prepare himself for a severe struggle.” 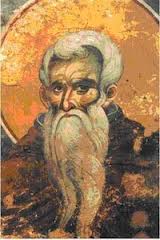 22 thoughts on “Self-Reflections of a Soon-to-Be Counselor”