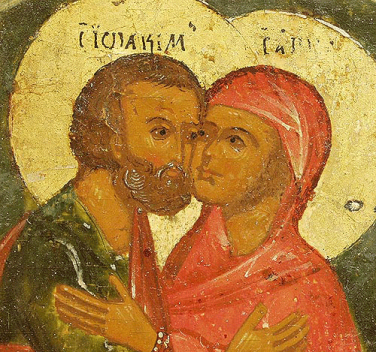 St. Nikolai of Ohrid on this verse repeats a familiar consensus of the church saying, “this is the foundation and reason for the mysterious attraction and unity of husband and wife.” As with most greats truths, this is common knowledge, yet mostly misunderstood.

St. Nikolai calls it a “mysterious attraction,” but who really thinks of it as a mystery? All seem to take this as the most banal of human experience. The moderner demotes the attraction between man and woman to biology, animal instinct, simple sexual graving, and moves on without further ado. But it is a mystery of the first order. Any man who has truly gazed into the eyes of a woman – the sort of gaze which pierces the universe of soul behind the eyes – is aware of the mystery, it is unmistakable. What most fail to notice in the whole movement of attraction is the profound sense of the loss of self, mistaking the object of attraction as something exterior to self.

“Flesh of my flesh,” the other is not purely exterior but is my own body, and one knows this whether conscious or unconscious, knows and yearns for reunion; “bone of my bone,” she is taken from my very bone – my core – and carries the mysterious attraction of possessing me, my very self. (Let this be of some strange comfort to the woman who is offended by the Biblical narrative which seems to say that woman is merely composed of man. Rather, she possesses him, not the other way around.) But the mystery also entails that at one and the same time the attraction is both worldly fulfillment, yet also a mere icon of the heavenly union with God; It is at once the most important relationship of one’s life, yet a shadow of a much greater reality.